“Dev-Aid” organization was established in October 2013 as a social humanitarian, non-political, non-religious, non-profits organization. “Dev-Aid” trusts in the principles of supporting and advocating for human rights, gender equality and social progress. It aims to support and represent developing communities in human rights issues, gender equality and social progress, aiming to play an important role by providing services to the community through orientation, mediation, information and providing alternatives for improving the socio-economic and political conditions.

The organization was founded from a group of people with a long experience working with marginalized groups, working mostly in development programs of economic and social integration, empowering the target groups through vocational education training (VET) and employment mediation as well as promoting human rights and gender equality. The results of the work done during the years of operation, were in a satisfactory level compared with the difficulties linked with the obstacles of the hole system, creating that way, a good know how on employment mediation, best practice and a very good network composed from different actors, playing and active role on people‘s employment and becoming one of the key actors of this process.

Since its establishment has played an important role in society by offering various services though professional orientation, intercessions, providing information and alternatives for the improvement of socio-economic and political conditions of the most risked groups and those in need, such as women, youth, children and community at large. 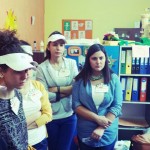 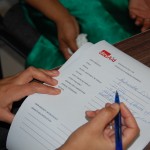 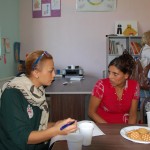 The first months of the organizations life, were very significant on building up bridges of partnership and collaboration with different stakeholders as much as consolidating the existing network. After a 5 months assessment of Dev-Aid‘s human resources capacities on VET and employment mediation issues, two Agreement of Cooperation  are signed with the Ministry of Social Welfare and Youth where this entity accepts to integrate Dev-Aid as an added structure of Regional Directorate of  Public Vocational Training No.1 and No.4 in Tirana. This structure (Dev-Aid), will transmit the “know how” how to improve the quality and reputation of public vocational training services through networking and employment intermediation.

A Memorandum of Understanding is signed with the Municipality of Tirana to support each other’s work assisting groups in risk through employment mediation. Another Memorandum of Understanding is signed with the Chamber of Commerce and Industry to facilitate the process of negotiations with the businesses for, a better Labor Market survey improving the match Demand-Offer for qualified work force. Britches of good partnership are also build between Dev-Aid and other NGO-s working in the same field.

The first activity of Dev- Aid, was a voluntary initiative on October 2013, with the slogan “Give what You Can!” This initiative has come up like an appeal of basic needs for clothes and food from people living in the streets, facing every day with the unemployment and extreme poverty. According to this activity, we have worked to raise awareness for the community toward voluntarism and philanthropy through awareness campaign and information sharing. All this was accompanied with a donation ceremony in one of the social centers of Tirana that assists mostly Roma community.

Dev-Aid took part and played an active role in all the activities organized in the occasion of 16 days against the violence against women (November – December 2014).

On April 1st, 2014, Dev-Aid started the implementation of the 18 months project “Make the Labor Market Work for Vulnerable Groups! No.1” in partnership with the Ministry of Social Welfare and Youth – Regional Directorate of Public Vocational Training No. 4 Tirana, supported by a co-financing agreement from BfdW Germany and HEKS Switzerland. Main project’s focus is strongly on employment-oriented VET, as this is clearly also a Government priority and this has already resulted in a strong policy and institutional basis. The project aims to enable beneficiaries to acquire employment-oriented vocational, competencies and entrepreneurial skills. Strong linkages with employers and the labor market will be an important prerequisite for success for the implementation. Private sector involvement will be essential also. Three main objectives of the abovementioned project are: The courses offered at PVTC No. 4 better match labor market demand; Improved access of vulnerable groups to vocational education; Improved integration of vulnerable groups into the labor market. 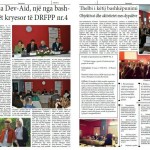 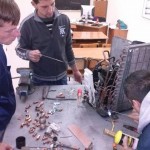 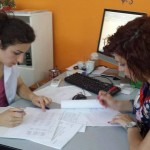 At the occasion of the 1st of June, International Children’s Day, “Dev-Aid” undertook its second initiative “Donate what you can!” in order to give the opportunity to all children and parents to become part of a donation initiative. In this framework, from June 1st, 2014 up to June 3rd, 2014, Dev-Aid was part of the children’s fair organized from the Chamber of Commerce and Industry, in the pedestrian street of Tirana, promoting children’s rights and distributing information, animator games and collecting boxes from children to other children in need. The stand of Dev-Aid was awarded from the organizers as the most attended stand of this fair and the one that created the best social impact. 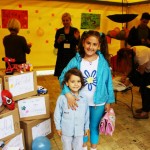 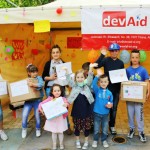 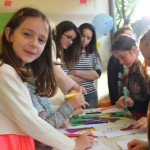 After this three days campaign, Dev-Aid in collaboration with the Office of  Defense Cooperation – US Embassy Tirana organized the delivery ceremony of the donations in the “Development Center for Persons with Disabilities” in Shkodra.

On September 1st, 2014, Dev-Aid started the implementation of the 6 months project “Make the Labor Market Work for Vulnerable Groups! No.2” in partnership with the Ministry of Social Welfare and Youth – Regional Directorate of Public Vocational Training No. 1 Tirana, supported by a financing agreement from US Embassy Tirana. As the first project named “Make the Labor Market Work for Vulnerable Groups! No.1” the main focus of this second project is strongly on employment-oriented VET. The project aims to enable beneficiaries to acquire employment-oriented vocational, competencies and entrepreneurial skills. Three main objectives of the above mentioned as those of the first one are: The courses offered at PVTC No. 1 better match labor market demand; Improved access of vulnerable groups to vocational education; Improved integration of vulnerable groups into the labor market. 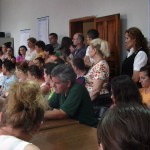 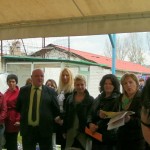 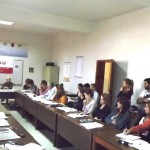 Dev-Aid is one of the organizations of the network that are working for the “National Action Plan for Youth” in regards of “National Strategy of Youth 2014-2020”.

On 3-5 October 2014, Dev-Aid was the organization that facilitated the process of organizing the fifth session of “Work & Study – Fair” organized from “Chamber of Commerce and Industry”, “Ministry of Social Welfare and Youth” and “Ministry of Education and Sport”. The role of Dev-Aid in this activity was focused on logistic part and on the final evaluation part of the fair, including the follow up process.

Dev-Aid also played an active role in different conferences and round tables for different social issues in and out the country.